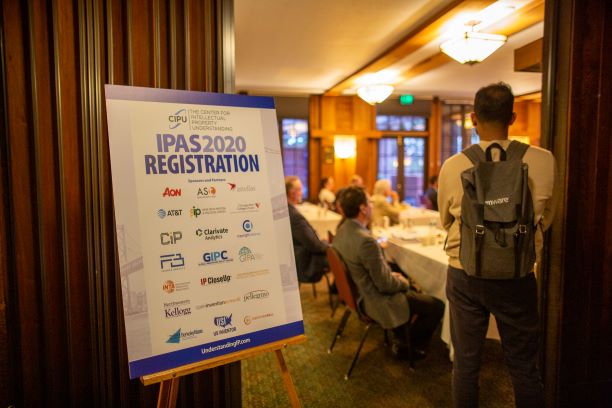 In early March, IPAN director and convenor of the IPAN Education Group, Professor Ruth Soetendorp, was a speaker at the 3rd IP Awareness Summit held at UC Berkeley, CA.  The Summit was organised by Bruce Berman, founder of  the Center for Intellectual Property Understanding (CIPU)  an independent, non-profit organization that helps raise awareness of IP rights and how they impact people’s lives.

Keynotes were delivered by Gary Lauder, a Silicon Valley venture capitalist who focused on corporations’ weakening of the US patent system and patent rights. He concluded with a plea to the audience to find their voice and play a role in the campaign for courts to have better IP understanding.

Talal Shamoon, a businessman, inventor, CEO of Intertrust (which is owned jointly by Philips and Sony), and self-ascribed ‘IP Guy’, focused on IP rights in an AI-5G world.   He concluded that increased globalization and education have opened the door for the IP economy, and suggested IP to be taught as a business practice not just an area of law.

Dr Gary Michelson is a philanthropist whose career as an orthopaedic surgeon was enriched by his work as an inventor of medical products (he has more than 900 global patents).  Through the Michelson Foundation, he has financed the Michelson Institute for Intellectual Property (https://michelsonip.com/ ), which is used to enable IP education resources to be made available to universities, schools and community colleges, entrepreneur organisations, and independent creators.

There were four panel sessions focused on:

Ruth was on the final panel and was able to contribute points suggested by other IPAN directors and the UKIPO.  Both the Research 2020 Q1 Innovation Trends report from PatSnap and the decision of the UK Government not to participate in the Unified Patent Court, without consulting IP professional bodies, were made public within hours of the Summit commencing.  Unsurprisingly, they were met with interest and shock by participants.   Whilst the second panel was specifically directed to IP education, this topic was also referred to by all four panels.

Ruth’s report can be viewed here.

A short video, prepared by IdeasMatter with interviews of several speakers and attendees, is below.